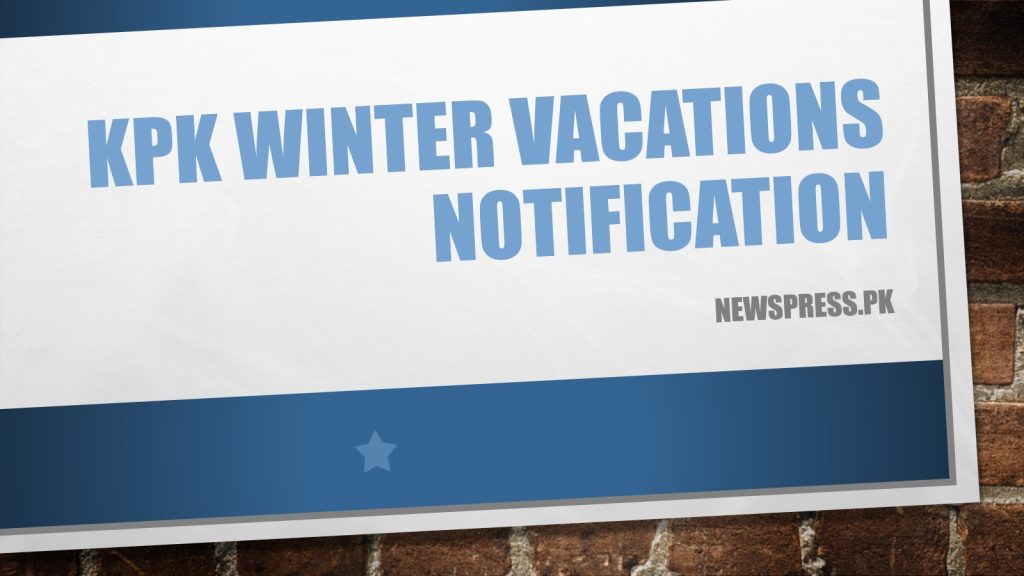 KPK Government issued a notification regarding Winter Vacations in KPK Khyber-Pakhtunkhwa. As KPK includes the northern areas of Pakistan, therefore due to the huge cold wave in KPK government has decided to Close the Institutes.

Due to the immense change in weather conditions Government of KPK has informed the KPK education department to close all the public and private institutes of districts under the Khyber-Pakhtunkhwa. According to the previous notification of Cold zone winter vacations, 2022 KPK will start from 25th December 2022 to 1st January 2023. But due to a sudden change in the weather forecast, the Education commission KPK has decided to shut down schools till the weather will be in normal state. As per the new Notification winter holidays of KPK will start from 1st January 2023 till 15th February.

The Khyber-Pakhtunkhwa government has decided to reduce the winter break due to the pandemic corona year loss in education and a change in the Annual system schedule, Therefore now new Session will start in march. Districts include in the KPK winter zone:

You can check the Official notification issued by the KPK Government regarding the winter holidays 2022-2023.