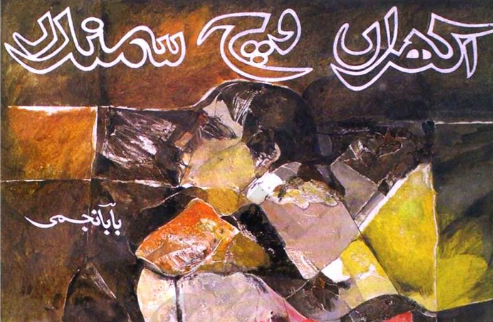 Who is Baba Najmi

Bashir Husain Najmi known by his pen name Baba Najmi (بابا نجمی) was born on September 6, 1948, in Lahore, Punjab-Pakistan. He is a well known Punjabi poet (پنجابی شاعر) of Pakistan who is also called the revolutionary poet of Punjabi. His poetry is characterized by revolutionary words that are the voice of the heart of the oppressed, the poor, and the downtrodden.

Baba Najmi is himself a labourer and also a trade unionist. By his great Punjabi poetry (پنجابی شاعری), he also attacked the establishment and the political leaders who have made the people’s lives miserable and called it the worst injustice and tyranny.

As he was not financially strong; he started a job as a clerk in Ravi Films Company. He served the local film company for eight years and left the job in 1976. In 1977, he moved to Karachi and found a car washing job at a market on Bunder Road, Karachi.

During his stay in the city until 2008, he started to compose poetry in Punjabi. Gradually, he became friends with Habib Jalib and Fehmida Riaz who praised Najmi’s liberal and enlightened thoughts. He also visits Karachi Press Club many times that engage him to participate in trade union activities.

His books are equally famous on both sides of Punjab i.e. Pakistani and Indian Punjabs and had hundreds of reprints in Gurmukhi script. Therefore, he was labeled “sanjhay punjab da lok kavee” The people’s poet of both the Punjabs and admired by people of both countries.

Baba Najmi wrote a lot of poems but the Punjabi poem Hoor is a famous Punjabi poem liked by the people of both Punjabs. In this poem, Najmi told about a rich lady asking a poor lady that why she was in tatters while having such beauty?

The poor lady replies that her husband loves her for her natural beauty that needed neither attire nor artificial make-up. Punjabi Poetry Books by Baba Najmi Download PDF

Baba Najmi has won a lot of awards across the world in recognition of his contribution to Punjabi poetry. was showered with so much love and respect from Indian Punjab. He has the honour of being the only living Punjabi poet whose bust has been placed at a park named after Bhagat Singh in Moga, Punjab-India.

“I am very grateful to the journalist community for this honour.” Baba Najmi said after the club announced his membership.