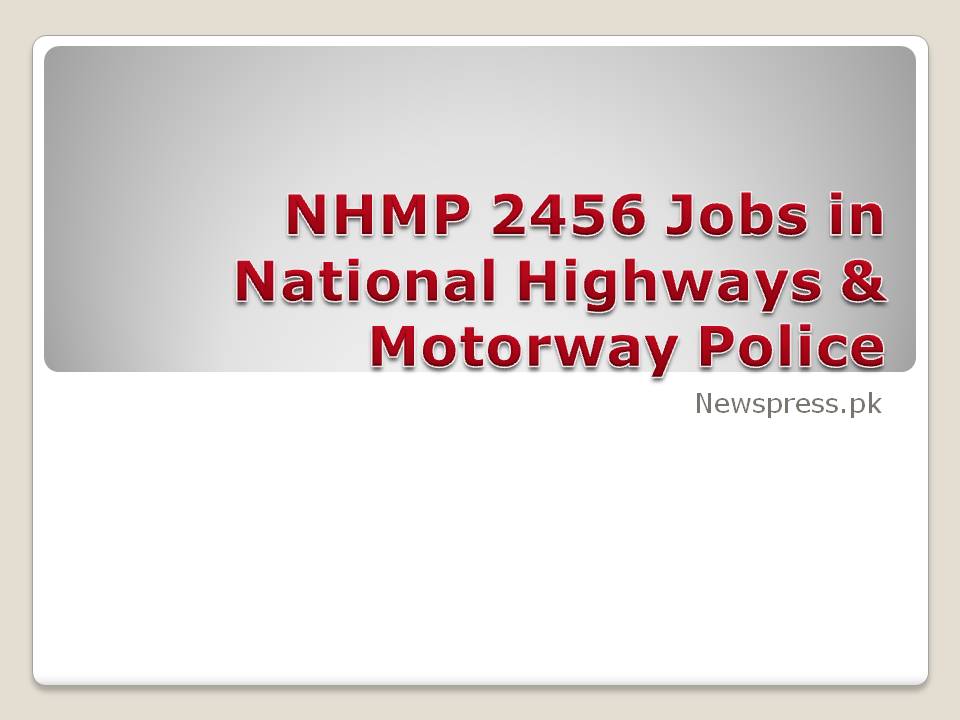 According to a source, Federal Public Service Commission FPSC has approved 2456 vacancies in the Motorways & Highways department. These two thousand four hundred and fifty-six vacancies will be filled in upcoming months. Therefore, candidates who are willing to apply for 2456 vacancies in the Motorways & Highways department should get prepare for these jobs. All the candidates who fulfill the eligibility criteria for Motorway Jobs can apply for said posts without any hesitation.

After the successful test will conduct, the selected candidates will be appointed at newly built Motorways & National Highways in all the provinces. For more details about required qualifications, eligibility, height, weight, and experience, please check the job advertisement for NHMP 2456 jobs in the Motorways & Highways department.

Keep visiting our website in order to get more details about NHA’s latest 2456 jobs in Motorway & Highway department. You can also visit the official website of NHMP i.e. http://nhmp.gov.pk/

All Pakistani, and Sindh citizens are being informed that Railway Police Jobs 2022-2023 are announced. Pakistan railway publishes the latest Police Jobs for males...