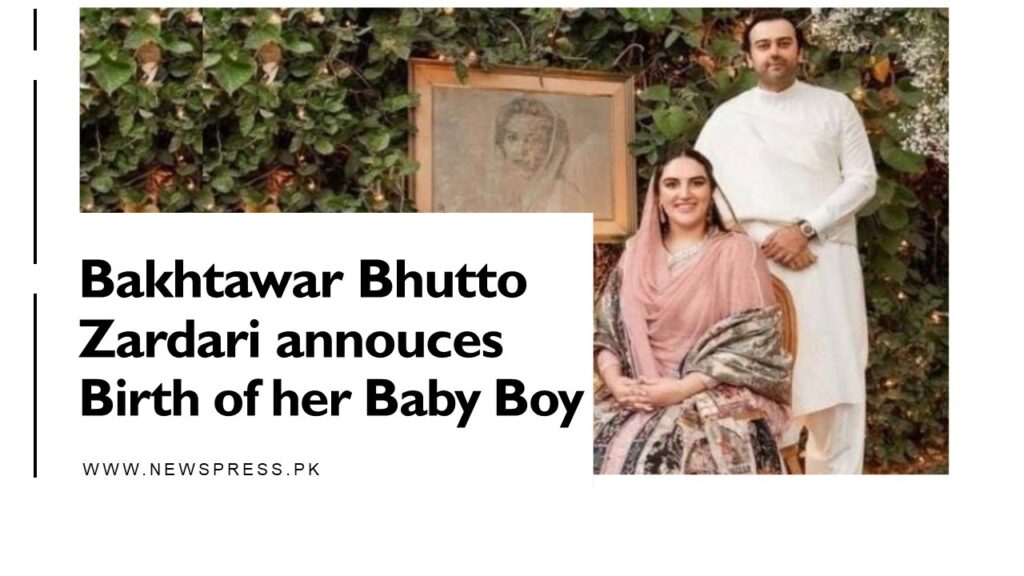 Bakhtawar Bhutto Zardari in her tweet announced that she and her husband Mahmood Chaudhry were blessed with a baby boy on Sunday night (October 10). She expresses her feeling by the following tweet;

“Alhamdulillah e Rabb il Aalameen! We are happy to announce the birth of our baby boy.”

Reacting to this happy news, Aseefa Bhutto Zardari wrote in a tweet “Officially a Khala, Alhamdolillah”.

Bakhtawar was married to a renowned businessman Mahmood Chaudhary at Bilawal House on 29 January 2021.